I got my parts that I ordered from AdaFruit. Parts included a Raspberry PI Zero W that has wifi built in, quad alphanumeric displays, blue 3mm LED's, which are way cooler, and a lot brighter, then I was expecting. I2C I/O port expanders, and some resisters and diodes. The LEDs will be one LED per board square. The buttons and segmented displays are for the clock, one button and display per player.

The segmented display was easy enough to solder up and program. I ended up using the Adafruit Python library to test the display. It is an alphanumeric display with an i2c interface, so I could support up to 8 displays if I wanted to. But 2 displays for a chess clock is plenty. The default address for the display is 0x70, but you can change it to anything from 0x70-0x77.

I'm still testing the idea of using special wiring I mentioned in my proof of concept post, but it may be easier and more accurate to just use the i/o expanders, which also support interrupts. Which would mean I wouldn't have to poll for state changes; instead the program would be interrupted automatically when a piece is moved. 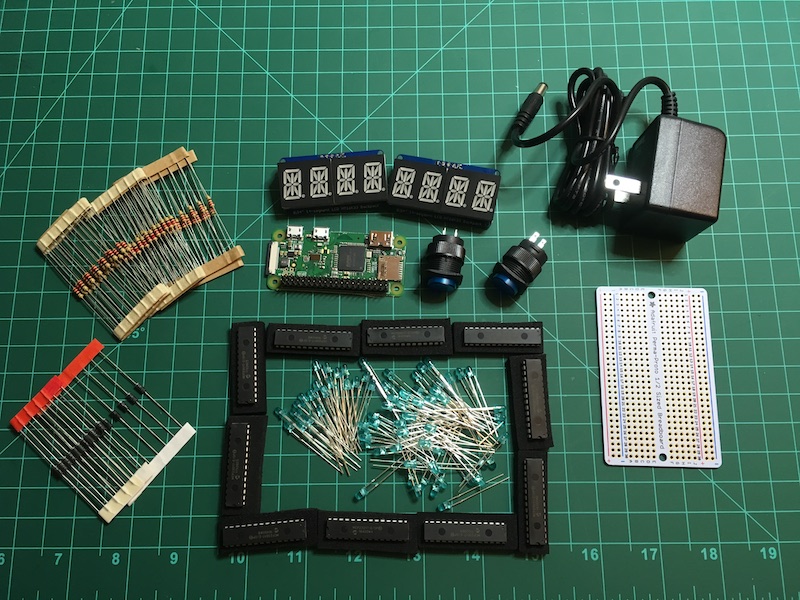 Here is a little animation of the display at work: